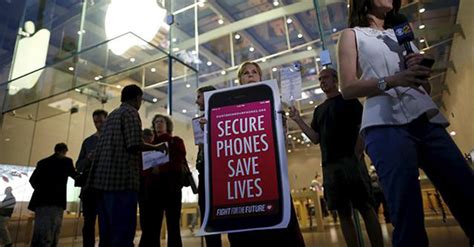 Even if law enforcement wins the case, it could still lose.

There’s a new challenge to law enforcement’s effort to get Apple to unlock one of the San Bernardino shooter’s phones. The government faces off against Apple in court on Tuesday to argue that the company must comply with a previous court order to bypass the security features built into iOS and also build a version of iOS with a back door accessible to the government. Apple has been strongly opposed to the order and now several key Apple engineers are saying they could simply quit the company instead of being forced to work to weaken the security of software and devices they helped build, reports the New York Times.

“Apple employees are already discussing what they will do if ordered to help law enforcement authorities,” reports the Times. “Some say they may balk at the work, while others may even quit their high-paying jobs rather than undermine the security of the software they have already created, according to more than a half-dozen current and former Apple employees.”

By choosing to quit instead of work on building what Apple is referring to as “GovtOS,” several legal experts told the Times, Apple and the engineers that choose to leave the company could likely avoid accusations of being in contempt of court. Indeed, Apple has already argued in its legal filings in the case that any conscription would curb an employee’s freedom of speech by forcing them to do things they consider offensive.

While quitting a job isn’t ideal for any employee, it’s not like these engineers would have trouble finding work elsewhere. “The fear of losing a paycheck may not have much of an impact on security engineers whose skills are in high demand,” notes the Times. “Indeed, hiring them could be a badge of honor among other tech companies that share Apple’s skepticism of the government’s intentions.”

Apple has said that if it is ordered to build “GovtOS” it would likely take six to 10 Apple engineers a month to do so. Sources told the Times that the team would need to be made up of very specific engineers in Apple across its hardware, software, and services division. And while Apple currently doesn’t have a GovtOS team assembled, the specific members of the team are obvious.

“They include an engineer who developed software for the iPhone, iPad and Apple TV. That engineer previously worked at an aerospace company. Another is a senior quality-assurance engineer who is described as an expert ‘bug catcher’ with experience testing Apple products all the way back to the iPod. A third likely employee specializes in security architecture for the operating systems powering the iPhone, Mac and Apple TV,” the Times reports.

Of course, these Apple employees could simply refuse to comply with the order instead of quitting, but in doing so, say legal sources, those employees and Apple could then be found in contempt of court.

But if every engineer Apple needed for GovtOS quit “Apple could demonstrate that this happened to the court’s satisfaction, then Apple could not comply and would not have to,” Joseph DeMarco, a former federal prosecutor, told the Times. “It would be like asking my lawn guy to write the code.”

This is, of course, all theoretical, for now. No one knows what the outcome of Apple’s legal battle with the FBI will be or how long and drawn out the fight will be. But if worse comes to worst, the FBI may still not get what it wants.

“It’s an independent culture and a rebellious one,” Jean-Louis Gassée, a former engineering manager at Apple, told the Times. “If the government tries to compel testimony or action from these engineers, good luck with that.”